Natural Relief for Low Back Pain 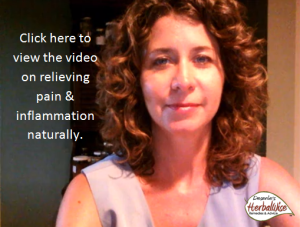 Inflammation is the body’s normal physiological response to injury. Inflammation is caused by inflammatory factors such as diet, lifestyle and triggers including trauma, toxins, infection, allergens, and more.  Inflammation puts pressure on nerves resulting in pain.

According to the National Institutes of Health, back pain is the second most common neurological disorder in the United States—only headache is more common.

Since inflammation is thought to play a role in the development of back pain, certain herbs said to have anti-inflammatory effects can be useful for back pain relief.

White willow bark is an herb with pain-relieving properties from a compound called salicin, which is converted in the body to salicylic acid. Salicylic acid is believed to be the active compound that relieves pain and inflammation.

Wild lettuce is just about as old a painkiller as opium. It is commonly referred to as opium lettuce. It is an effective tranquilizer and painkiller. When a stem or leaf from a wild Lettuce plant is broken or cut, it will bleed a thick milky sap. This sap can be made into a tincture, (Lactucarium) or the fresh leaves and flowering tops can be tinctured, or dried and made into tea.

Yoga creates balance in the body through various poses that develop flexibility and strength. There’s some evidence that taking up a yoga practice may help relieve back pain.

In a 2011 research review published in Clinical Rheumatology, five out of seven clinical trials that tested the effects of yoga in patients in with low back pain suggested that yoga leads to a significantly greater reduction in low back pain than usual care, education, or conventional therapeutic exercises. However, the other two studies showed that yoga was no more effective than other types of care for low back pain.

Music therapy is a low-cost natural therapy that may reduce the disability, anxiety, and depression associated with chronic pain.

Get Free Tips and Advice

Receive “Top Herbs for Stress & Anxiety” for FREE when you sign up. Learn about natural remedies to: